“I don’t know where she got the money that she gave to charity. In a home with not enough money to make it, to give money to others is a noble act,” says Mr. Mandel. “I saw that, I grew up with it. It was like breathing.”

Although he enrolled at Adelbert College (part of what became Case Western Reserve University/CWRU) after high school, Mr. Mandel dropped out in 1940 to go into business with his two brothers. He was just 19 years old when the trio purchased their uncle’s small automotive shop for $900.

The Mandel brothers grew their storefront business into Premier Industrial Corp., a global distributor of electrical, maintenance and industrial parts. Mr. Mandel retired as the company’s chairman and CEO in 1996 when Premier was acquired by the British firm Farnell Electronics for $2.8 billion.

The accumulated wealth of the Mandel brothers over those years has supported charitable work in nearly every sector of Northeast Ohio. Recipients have included Case Western Reserve University, the Cleveland Museum of Art, Cleveland Neighborhood Progress and the Jewish Federation of Cleveland.

For nearly 60 years, Mr. Mandel’s civic volunteerism has helped to shape Cleveland. He served a founding role in several non-profit institutions and was a co-founder of Cleveland Tomorrow (now the Greater Cleveland Partnership), a partnership of 50 of Cleveland’s top CEOs working on economic development initiatives.

In 2013, Mr. Mandel returned to CWRU to complete his coursework. He received his bachelor’s degree in chemistry with a minor in social work.

Mr. Mandel and his wife Barbara were married for 70 years. 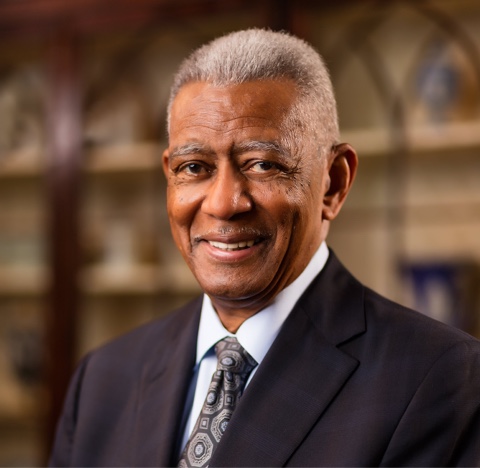 Though Rev. Moss retired in 2008 as senior pastor of Olivet Institutional Baptist Church in Cleveland, he still travels the country speaking and preaching, and he serves as the church’s pastor emeritus.

Under the leadership of the Rev. Dr. Martin Luther King, Jr. – a close friend – Rev. Moss served as regional director of the Southern Christian Leadership Conference while living in Cincinnati.

“The role of a church is to minister to the whole person, the whole community, without regard to religious affiliation, color or economic circumstance. The spirit of the church ought to be inclusive,” Rev. Moss says. “The church ought to be the leading institution in the community fighting for justice and liberation through love and direct action.”

Among his many honors include the Rev. Fred L. Shuttlesworth Humanitarian Award at the 2007 Ohio State of the State Conference; being selected by President Barack Obama for the 25-member White House Advisory Council on Faith-Based and Neighborhood Partnerships in 2009; and induction into the Ohio Civil Rights Hall of Fame in 2012.

Rev. Moss and his wife Edwina were married 50 years ago by Rev. King. Of the couple’s three children, a son – the Rev. Dr. Otis Moss III, who leads Trinity United Church of Christ in Chicago – has followed in his father’s chosen vocation. The Mosses also have five grandchildren (one of whom is deceased) and two great-grandchildren.
Close Bio 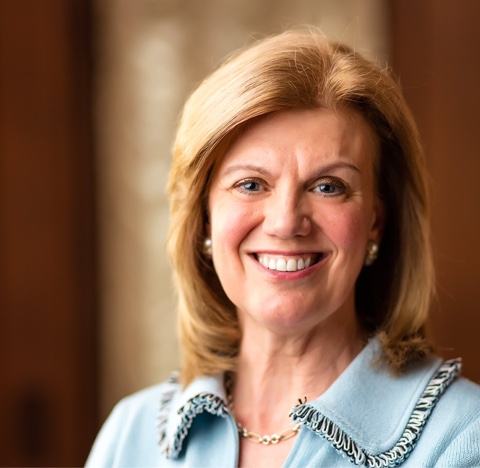 Sandra Pianalto was in fifth grade when she knew she wanted to be a public servant.

“I was learning about our American government at an early age and I found it fascinating,” says Ms. Pianalto, who immigrated to the U.S. from Italy with her parents when she was five years old. “I knew that I was passionate about public service and wanted to make a career out of it.”

After graduating from the University of Akron with a bachelor’s degree in economics, she applied for, and was accepted to, a position as a research assistant at the Board of Governors of the Federal Reserve System.

As president and CEO of the Federal Reserve Bank of Cleveland, Ms. Pianalto developed a reputation as a leader who believed in partnering with business and civic organizations to benefit the local economy. She was at the helm of the Bank during the economic crisis of 2008, a time when she redoubled her efforts to find ways that the Federal Reserve could assist in economic recovery and growth.

In addition to her professional achievements, Ms. Pianalto is a life director of the United Way and is the first female board chair of University Hospitals.

Ms. Pianalto recalls advice she received from one of her mentors, to step outside of her comfort zone and take on more responsibilities. She gives the same advice to the next generation of young leaders: “Be willing to raise your hand for tough assignments. That’s when you reap the real rewards.” 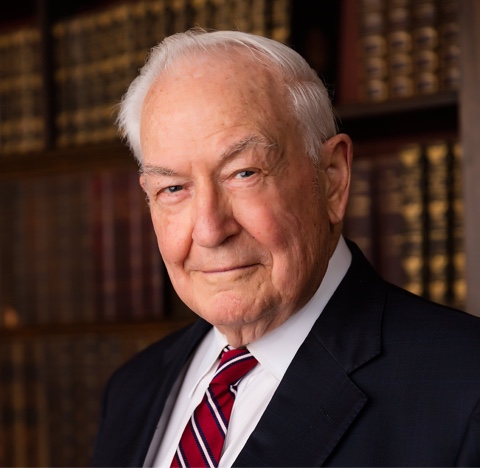 Dick Pogue first joined the law firm Jones, Day, Cockley & Reavis in 1957. New to Cleveland, he and his wife Pat planned to stay for a few years before moving on to a larger city. They quickly fell in love with the city and its people.

Thus began a nearly 60-year career filled with professional achievement. Mr. Pogue was largely responsible for the law firm’s expansion into international markets, which he made his mission after becoming managing partner in 1984. He currently is a full-time senior adviser at the firm, now called Jones Day.

Mr. Pogue began his extensive involvement in Northeast Ohio in 1961, shortly after becoming a partner in the firm. He played a role in many of the most meaningful civic accomplishments in Cleveland’s history. He was a principal organizer of the Regional Business Council in 1997, which was a precursor to the economic development organization Team NEO. He was chairman of the board for the Cleveland Foundation during a pivotal time in the 1980s when the Foundation took action to successfully save Playhouse Square.

Mr. Pogue’s long list of community engagement also includes roles at or board membership with the University of Akron, University Hospitals, Team NEO, Gordon Square Arts District, the Rock and Roll Hall of Fame and Museum, the Northeast Ohio Council on Higher Education (NOCHE), and Business Volunteers Unlimited, the latter of which he is a founder and chairman emeritus.

The Pogues, who have been married for 62 years, have three children and eight grandchildren.

“It’s a very fulfilling feeling to get involved in these civic organizations,” Mr. Pogue says. “I think leaders in this community have an obligation to be involved in the civic world. That’s one of the great things about Cleveland — it’s a sizeable city, but it’s one that’s small enough that taking on a leadership role can really make a difference.” 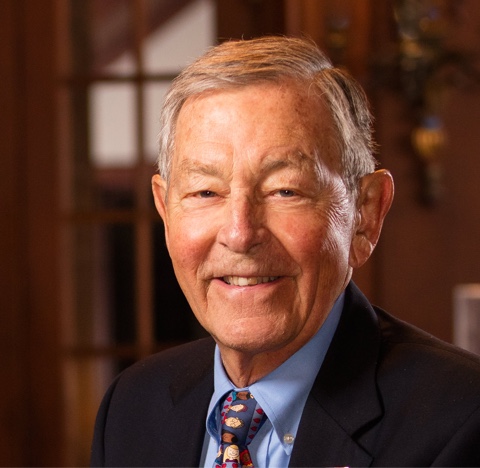 “My parents were first generation Americans who struggled hard,” Sen. Voinovich says. “They underscored that as citizens of the United States we had an obligation to give back to our community.”

At Collinwood High School, Sen. Voinovich told classmates he would become mayor of Cleveland. At Ohio University, where he served as student body president before going on to law school at Ohio State University, Sen. Voinovich went one step further, announcing he would one day be governor.

Sen. Voinovich was elected mayor in 1979, and served from 1980 to 1989. He became the first big-city mayor to incorporate public/private partnerships into municipal governance. He was an early proponent of Cleveland’s waterfront development, supporting the creation of the North Coast Harbor, the Rock and Roll Hall of Fame and Museum, and the Great Lakes Science Center (Voinovich Bicentennial Park is named in his honor).

He also enticed major corporations to open downtown Cleveland offices and helped lay the groundwork for the Gateway Sports District.

“I have always said what I’m really proud about is not so much the physical infrastructure of the city but its civic and human infrastructure,” he says.

As governor of Ohio (1991-1998), and later a member of the U.S. Senate (1999-2011), Sen. Voinovich continued to promote the merits of collaboration between public agencies and the private sector, and he worked to keep a tight rein on government spending. In 1995, he was named public official of the year by the magazine GOVERNING, for his many accomplishments.

After retiring from the senate in 2011, Sen. Voinovich moved back to Collinwood, to the same home where he and his wife Janet raised their four children.

But he has not retreated from causes close to his heart, including raising awareness on the national debt and writing a book on public/private partnerships.

“I tell people that just because I’m retired doesn’t mean I should stop using what God has given me to continue making a contribution in people’s lives,” he says.