As a child, Jeanette Grasselli Brown grew up reading the Popular Mechanics magazines that her father would leave around the house. The two would “spend hours looking up at the black sky, trying to challenge each other with what the stars could be.” Her father was not surprised when young Jenny Gecsy gravitated toward a STEM curriculum and career – decades before STEM was part of the national conversation. Her mother, on the other hand, needed time to get used to the idea.

“Women’s careers, then, were most often in nursing, teaching or administrative work,” Dr. Grasselli Brown allows. “My mother thought I would go the usual route of being a mother and homemaker – which was highly respected and wonderful, and I aspired to that as well – but I certainly never thought there would be a conflict between being a scientist and having a home and being close to family and friends.”

The only daughter of Hungarian Catholic immigrants, Dr. Grasselli Brown grew up in Cleveland’s Hungarian neighborhood near Buckeye Road.

She retired as director of corporate research, analytical and environmental sciences in 1989.

“I loved my research career, but I realized by moving into management I could help other women and other people around me,” she says. She was often the only woman in management meetings, which were composed of 80 of the global company’s top executives.

Within her field, Dr. Grasselli Brown is known as one of the foremost contributors to infrared and Raman spectroscopy – techniques used to identify molecular structure and ultimately solve a variety of complex problems.

She has authored 80 articles for scientific journals; writing, editing or co-editing nine books; launched a professional journal; served as the national president of the Society for Applied Spectroscopy; and routinely participated in scientific discussions across the country and the globe. These efforts have brought her innumerable awards, honors and distinctions.

Dr. Grasselli Brown served on the Ohio Board of Regents for 13 years, including two years as chair. Post-retirement, she also served on the boards of directors of six corporations and has been actively involved in more than 25 nonprofit organizations, including her current service on the boards of the Musical Arts Association/Cleveland Orchestra, Cleveland Clinic Foundation, Cleveland Hungarian Development Panel, and Phi Beta Kappa Society (Cleveland Association). She was founding chair of the research committee at Holden Arboretum and is a founding board member of the Great Lakes Museum Science Center.

One of Dr. Grasselli Brown’s priorities today is the Cleveland Water Alliance. She founded the organization in 2013 and heads its board.

Born in Meridian, Mississippi, Bracy Lewis moved to Cleveland with his parents when he was 10 years old. He was the oldest of five boys.

Mr. Lewis credits both parents for his allegiant work ethic. His father worked during the day at J&L Steel and owned and operated a gas station on East 71st Street and Carnegie Avenue.

After graduating from Fenn College (now Cleveland State University) in 1963, the first in his family to earn a degree, he began working part-time at a friend’s CPA firm, then applied for a teller position at Quincy Savings & Loan. It was during a time when other banks weren’t hiring minorities and discriminatory lending practices, or “redlining,” was understood by many to be common practice.

“The work I did at Quincy was very satisfying because most banks weren’t making loans to African Americans or to minority churches,” says Mr. Lewis, who quickly rose from teller to loan officer to assistant vice president. “I could help African Americans get houses and make loans to churches, and also go out into the community and give talks to various groups of people and educate them about financial matters.”

Mr. Lewis moved from Quincy Bank to Euclid National Bank, where he started as an assistant cashier but advanced into leadership positions, thriving through two acquisitions. After tenures at Bank One – where he rose to senior vice president – and JPMorgan Chase, he retired in 2006 after clocking in almost 40 years.

At Eliza Bryant Village, the African American-founded long-term care facility, his contributions far surpass annual donations. He built a library, provided print and audio books, and recruited a landscaper friend to overhaul the grounds. He planted trees and donated benches. He encouraged others to make significant donations as well.

He is a board member of the Lake View Cemetery Association and has worked diligently to preserve the historic heritage of the East Cleveland Township Cemetery.

“I’m busier in retirement than I was when I was working,” the 82-year-old Mr. Lewis muses.

Throughout his life, Mr. Lewis has readily offered informal mentoring, whether it was sharing his financial expertise with people in drug recovery programs or spending time in a classroom.

He has received numerous honors and accolades for his good works – most notably, the President’s Volunteer Action Award from then President Bill Clinton, the “Lifetime Achiever” award from the Black Professionals Association Charitable Foundation, the Ohio Humanitarian Award for Leadership from then Governor George Voinovich, and a key to the city and a park named in his honor from then Mayor Mike White.

Mr. Lewis also was appointed chairman of a task force organized by Mayor Frank G. Jackson to oversee the development and implementation of a plan for the African American Cultural Garden. He held that position from 2007 to 2012. The first of the garden’s three pavilions was dedicated in 2016. 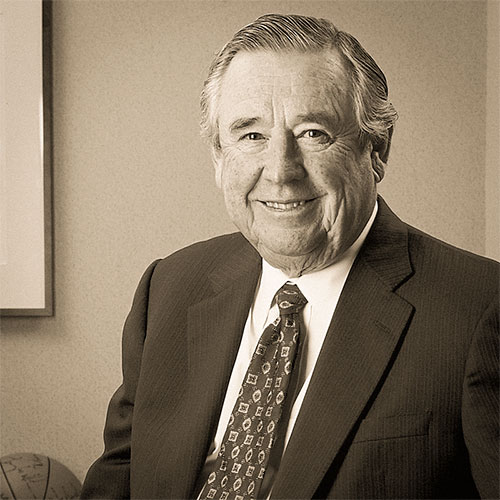 Mal Mixon, the retired CEO of Invacare, is a self-described “country boy.” Raised in a rural town in Oklahoma, he grew up hunting quail. He also was a musician, taking part in piano competitions, marching with fellow trumpeters in the Oklahoma All-State Band and performing with the Fort Smith Symphony in Arkansas. A standout high school pitcher, he turned down an offer to play minor league baseball. Instead, he headed to Harvard College.

It was there that Mr. Mixon met his wife, Barbara, a Shaker Heights native and a student at nearby Wellesley College. The two were married in 1962, immediately after graduation and just before he would begin his four-year commission in the U.S. Marine Corps as a second lieutenant. Deployed to Vietnam, Mr. Mixon served as an aerial observer until his honorable discharge in 1966. He returned to Harvard and earned his MBA.

In 1968 the Mixons moved to Cleveland, where he has spent a lifetime helping other entrepreneurs. In the wake of the assassination of Martin Luther King Jr., Mayor Carl Stokes called upon the Harvard Business Club to help ease some of the tension and provide support to minority-run businesses. It was a call that Mixon would continue to answer throughout his life, later creating a minority fund and raised $30 million from banks and companies to help nurture budding African American entrepreneurs who lacked investors. He endowed a chair in entrepreneurial studies at the Weatherhead School of Management at Case Western Reserve University and guest-lectured there. He made a significant gift to Case Western Reserve’s “Sears think[box],” a building that houses inventors and entrepreneurs. While on the board of Cleveland Tomorrow, he helped start its venture capital firm Primus Venture Capital Inc. He also helped create BioEnterprise Corp. and launch MCM Capital Partners.

“I never did anything in my life where I didn’t want to be the best,” Mr. Mixon asserts. The desire to succeed on his own terms is what drove Mr. Mixon to pursue a leveraged buyout of Invacare in 1979 at the age of 39 – with a mere $10,000 in the bank. Then the vice president of marketing at Technicare, the Cleveland-based division of Johnson & Johnson that operated the subsidiary, Mr. Mixon raised $1.5 million and borrowed another $4.3 million. The company employed 350 people in three Ohio plants and posted annual sales of $19 million.

As Invacare’s CEO, Mr. Mixon was in tune with his customers’ needs. “I became very emotionally involved in my customers’ problems,” he says. “They wanted color and styling and they wanted to be independent.” As he learned more about his customers, Mr. Mixon got involved in their causes – personally working on, for example, the Americans with Disabilities Act of 1990.

When Mr. Mixon retired in 2015, the company had more than 4,000 employees in 80 countries, with $1.7 billion in sales. Invacare had become a world leader not only in wheelchairs, but in the distribution of home health care products.

Mr. Mixon is chairman emeritus of Cleveland Clinic and was board chair at the Cleveland Institute of Music (CIM). Mr. Mixon also sat on the boards of Lamson & Sessions, The Sherwin-Williams Co. and Park-Ohio Holdings Corp.

The Mixons have two children and six grandchildren.