His grandmother, who cared for him while his parents worked, ingrained in him the importance of schooling and enrolled him in church activities, which provided a sense of continuity and “great lessons of hope and commitment,” according to Johnson. Growing up in the segregated South deeply impacted Johnson. Later in life, he was determined to provide equal opportunities to Black students and others facing discrimination.

His early years planted the seeds of what would become a lifelong commitment to “promoting access to and equality in education, developing students’ leadership skills and promoting community outreach initiatives so there is the intersection of civic engagement with educational delivery.”

Johnson was appointed in 2013 as the fourth president of Cuyahoga Community College. Soon after, his leadership began to be recognized locally and nationally. Tri-C administrators and faculty describe him as mission-driven, approachable and personable. Some of his major accomplishments include:

Johnson is the author of several books, including his most recent, 2021’s “Capturing Change,” which trains leaders how to handle difficult circumstances such as natural disasters and financial crises in new ways.

During his nine-year tenure as President of Tri-C’s Metropolitan campus, he secured a $10 million donation – the largest in the college’s history—to create The Jack, Joseph and Morton Mandel Humanities Center and established a permanent endowment to support the center and its initiatives.

According to American Council on Education President Ted Mitchell, “Alex Johnson is an inspirational and innovative leader who has expanded access to higher education and increased the opportunity for social and economic mobility for hundreds of thousands of students at Cuyahoga County Community College and the other institutions he has served so well.”

Dr. Johnson’s leadership extends deep into the community. He serves on more than a dozen local boards. He led a citywide commemoration of Carl and Louis Stokes; co-chaired the selection committee for the Cleveland Community Police Commission; and supported the creation of Tri-C’s Stand for Racial Justice Alliance. In February 2021, he took a lead role in national efforts to close equity gaps and accelerate student success as the chair of the Achieving the Dream (ATD) Board of Directors. 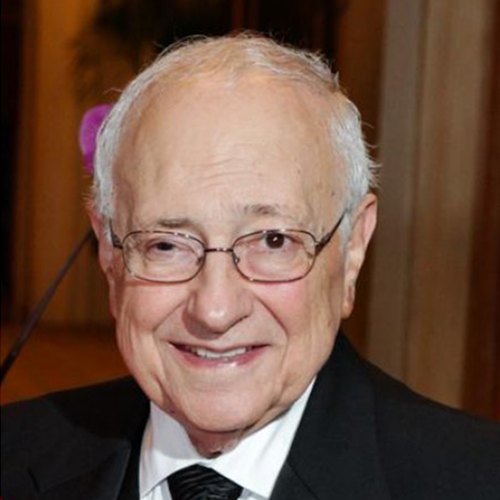 Thanks to an elementary school teacher who encouraged him to audition, Milton Maltz was cast in the title role of “Jack and the Beanstalk,” the first triumph in an iconic career that spanned from stage to radio to television to broadcast business icon.

He began his career as a child actor on radio dramas originating in Chicago. He also appeared in television broadcasts during that medium’s infancy. He later went on to write, produce, and direct. He is especially known for “The Fight for Freedom,” an acclaimed series of radio programs that chronicled the struggle to create the nation of Israel. Maltz wrote, produced, and directed the series.

With courage, business acumen and creative thinking, Maltz transformed a single, small radio station into Malrite Communications Group, Inc., one of the most successful radio and television companies in history with stations stretching from New York to Los Angeles. He founded Malrite Communications in 1956 and served as its Chairman and Chief Executive Officer until selling the radio portion of the company to The Walt Disney Co. and the TV holdings to Raycom Media in 1998.

A respected and active member of the broadcast industry and a member of its Hall of Fame, Maltz created the National Association of Broadcasters’ Task Force for Free TV, served on its Political Action Committee, and was a Director of the Radio Advertising Bureau and Vice-Chairman of the Independent Television Association.

Maltz and his wife, Tamar, moved to Northeast Ohio in the early 1970s when he purchased two radio stations: WHK-AM and WMMS-FM. He turned WMMS into Malrite’s flagship station. Under his leadership, the station adopted its iconic buzzard insignia and was named the best rock station in the America.

Since their arrival in Cleveland, the Maltzes have made an indelible impact on Northeast Ohio with their philanthropic activity and deep commitment to arts, culture, and education. They have given tens of millions of dollars to Jewish and non-Jewish arts, medical, cultural, and civic organizations in Cleveland and across the United States.

At 5 years of age, Maltz faced hate for the first time — an experience that was indelibly etched in his mind. While walking home from school, he was attacked and beaten by other children simply because he was Jewish.

Later in life, Maltz turned the hate and anti-Semitism he encountered into something extraordinary: the founding of the Maltz Museum of Jewish Heritage. It is much more than a stirring building and collection. The Maltzes wanted to address hate through education, and for over 13 years, the museum

has offered $100,000 “Stop the Hate” scholarships as part of a contest encouraging young people to write essays about hate and tolerance while simultaneously earning money for college. Maltz also created the annual Maltz Heritage Award through the museum to honor individuals whose leadership, vision, and humanity have changed Northeast Ohio for the better and to build bridges of understanding with those of other religions, races, cultures, and ethnic backgrounds.

Maltz was instrumental in bringing the Rock And Roll Hall of Fame and Museum to Cleveland.

“The New York board members didn’t want it here,” Maltz recalls. “We owned a station that was a rock station in New York and many of those guys on the board would come to me to have their talent played on our air. And I would say, ‘Look I can’t force you, but how are you going to vote for the home of the Rock Hall?’ That’s all it took.”

In 1997, the Maltzes founded the Maltz Family Foundation to focus on their major charitable interests. Institutions and organizations supported by the foundation include the Cleveland Orchestra, the Cleveland Museum of Art, Case Western Reserve University’s performance center, the Lieber Institute for Brain Development at John Hopkins Hospital, the Cleveland Play House, the Jewish Federation of Cleveland, the Anti-Defamation League, the State of Israel Bonds, the Cleveland Clinic Foundation and the Bascom Palmer Eye Institute.

Maltz was instrumental in the creation of the acclaimed International Spy Museum, in Washington. He currently serves on the Board of the Central Intelligence Agency Officers Memorial Foundation.

Still going strong in his 90s, Maltz completed a new book in 2021, “Passion for Broadcasting: Stories of My Life,” a memoir that spans his from child radio actor to today.

The Maltzes have been married for 71 years. 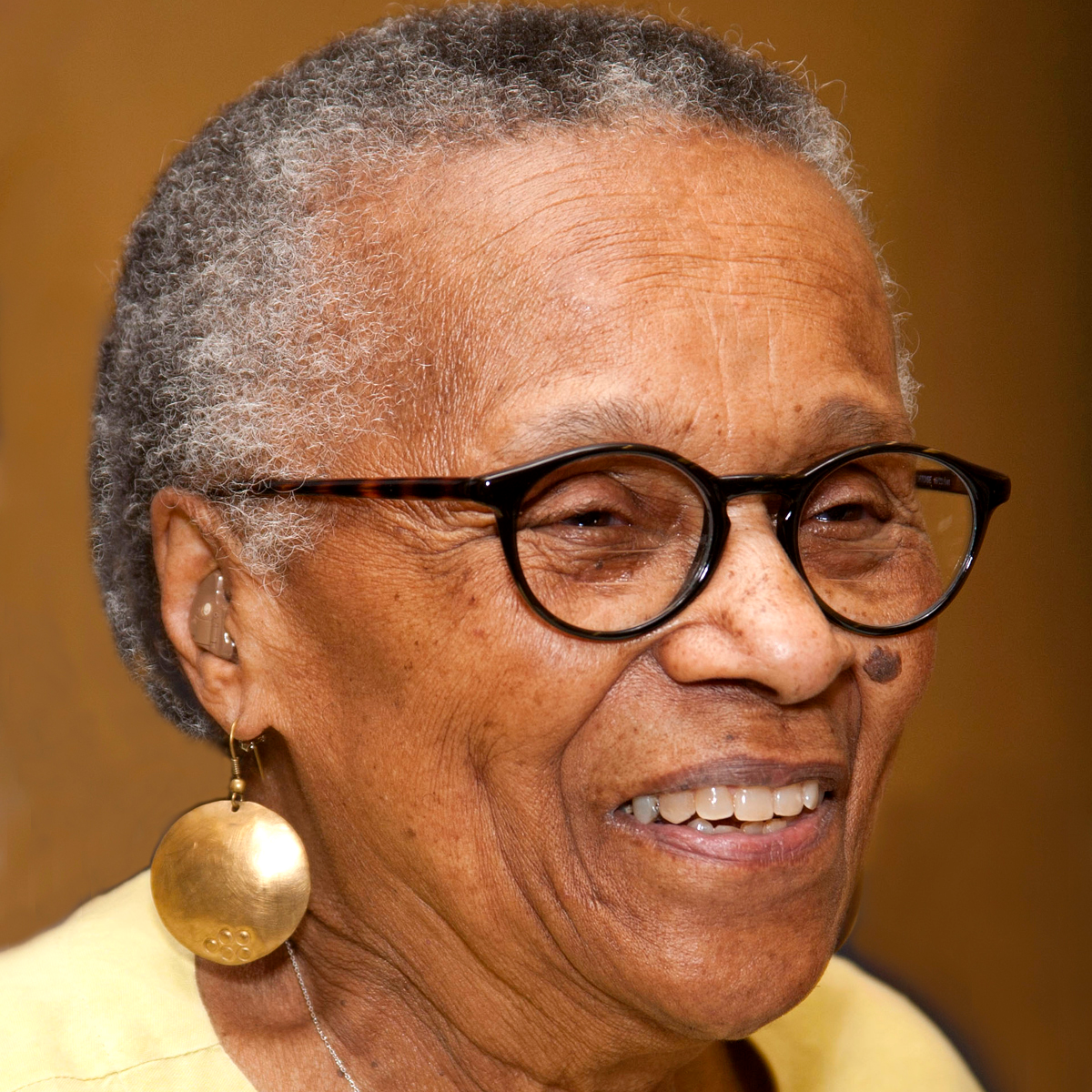 In April 2002, Joan E. Southgate, then 73 years old, was out on her daily “stay healthy” walk along East Boulevard in Cleveland when her thoughts turned to slavery.

“Suddenly I was stunned by something I had always known,” she remembers, “American slave families walked hundreds and hundreds of miles running to freedom. Who were those amazing people? How could they do it? Did they take children and small babies slung across their hips? What did they do? How did they do it? Families in flight! Even the children had to be brave. And some, perhaps many, found help through the Underground Railroad.”

She then heard the whisper from an ancestor, a command:

Soon after, starting in the small town of Ripley, Ohio, on the Ohio River, Southgate started on what would become a 519-mile walk retracing a path of the Underground Railroad – north to Cleveland, east into Pennsylvania, then New York and across the border into Canada to Harriet Tubman’s church in St. Catharines, Ontario.

Along the way, she visited Underground Railroad sites, gave presentations at schools, and slept in the homes of welcoming strangers — her own “safe houses” — all to “honor and praise the freedom seekers and the conductors who helped them.”

Southgate, who enjoyed a fulfilling 30-year career as a social worker before her iconic walk, then began on another life calling: establishing Restore Cleveland Hope, a grassroots nonprofit dedicated to telling the story of Cleveland’s role in the Underground Railroad (the city was called “Station Hope” by 19th century freedom seekers) and preserving one of its stops: the historic Cozad-Bates House.

“This piece of history belongs to all of us,” Southgate says. “We’re all freedom seekers.”

“I want all children to know the truth, strength, creativity, and courage the slaves had … it should be taught as curriculum in every school.”

An educator at heart, Southgate had a desire to create a place to learn about Cleveland’s crucial role in the Underground Railroad, and she was able to secure the historic Cozad-Bates House in University Circle for the project. The Cozad-Bates House was the only pre-Civil War home still standing in University

Circle and the Cozad family were well-known abolitionists who helped run the Cleveland-area Underground Railroad – one of the last stops before slaves entered Canada to freedom.

The home was scheduled to be demolished for a parking garage, but through Southgate’s energy and activism, the building was saved. The now-restored house, located at Mayfield Road and East 115th Street, is home of the Underground Railroad Education and Resource Center, which features a robust schedule of programs and events.

Southgate co-authored a book, “In their Path: A Grandmother’s 519-Mile Underground Railroad Walk,” which highlights her 519-mile journey.

Cleveland Public Theater produced a play titled “The Absolutely Amazing and True Adventures of Ms. Joan Evelyn Southgate” with performances in April and May 2022. The 100-minute, one-act play touches on many aspects of her life.

Now in her 90s, Southgate – who’s also a poet, mother of four and grandmother of nine – is still actively fulfilling her dream of being an educator and ensuring that important parts of American history, such as the Underground Railroad, are taught to children and explained in a way that instills a sense of pride in the fight for equality for all.

Southgate says that even though her walk has ended, her mission continues.